// WORLD MENTAL HEALTH DAY // Do one thing this World Mental Health Day and speak out against mental health inequality.⁠
⁠
For many years we’ve fought together for support and for respect for those who need us. ⁠
⁠
But right now, our society is more divided than ever. Everywhere we look we can see inequalities determined by race, gender, age, disability, sexual orientation and class. Access to mental health support is no different.⁠

1.  Did you know that people in the poorest fifth of the population are TWICE as likely to be at risk of developing mental health problems as those on an average income?

2. Did you know that 58% of people receiving benefits said that their mental health was ‘poor’.

3. Did you know that people from racialised communities are at a higher risk of developing a mental health problem but LESS LIKELY to get support.

4. Did you know that black people are FOUR TIMES more likely to be detained under the Mental Health Act than white people.

⁠
The pandemic has only made this worse, putting the mental health of millions at risk. ⁠
⁠
It shouldn’t be like this. And we shouldn’t have to fight for the mental health support so many of us need to cope.⁠
⁠
But we can change things. And that’s where you come in. ⁠
⁠
We’ve already done so much together, but this World Mental Health Day is a chance to speak out, spread the word and make that change happen.⁠
⁠
Here’s how: Join Mind’s call to action and ‘start a conversation about mental health inequality’. ⁠
Whether you use social media, write a blog, or speak with friends, family or colleagues. Do one thing today and start a conversation about mental health inequality.⁠
⁠
Because if we all do one thing, we can change everything!⁠
⁠ 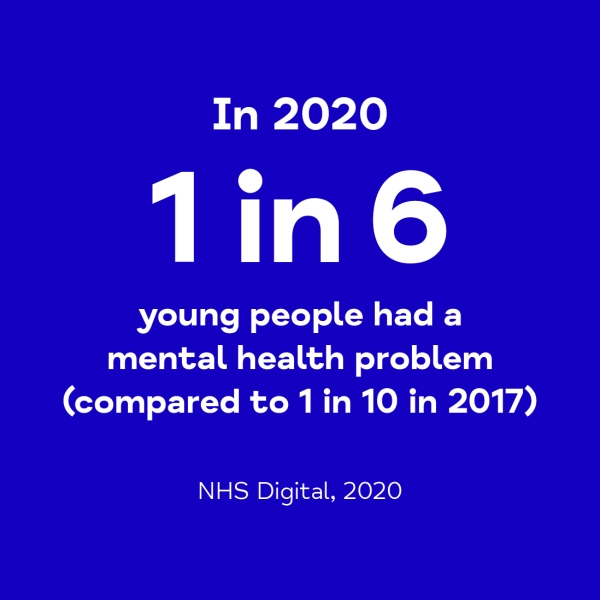 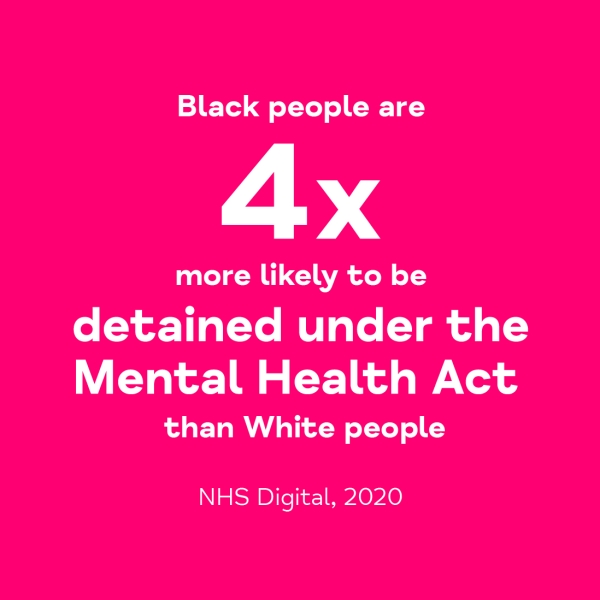